Luteolin: The Major Potential Benefits and Side Effects

People, especially in Asian countries, have been using various herbs and other plant parts to cure diseases for ages. However, the craze for utilizing plants, fruits, or even their extracts is the recent hype for curing inflammations, sleeping problems, and cancer. But not all plants or their components have the properties that can treat diseases like hypertension, chronic inflammations, and even cancer. So we must learn about the properties of the components in detail before implementing them into our diet.

Luteolin is one such component that has recently taken the market in a whirlwind. People all across the globe are talking about this flavonoid which has a yellow crystalline structure. The primary sources of this flavonoid are fruits, herbs, and vegetables. The fruits that can help you get your daily source of Luteolin include apples and carrots. You can also get this flavonoid through green peppers, dandelion leaves, cabbage, celery, olive oil, rosemary, thyme, oregano, peppermint, and chamomile. After reading the names of the sources, it might seem that these are present in our daily diet. But here’s the thing, even though Luteolin’s source is quite common, we tend to get as less as 1mg per day, even with a typical diet.

Luteolin, as already mentioned, is a flavonoid that is found naturally. It is quite a common component and can be found in various fruits, vegetables, and herbs. The plants have these chemicals as a defense mechanism against insects, microbes, and UV radiation. Scientists are exploiting these properties extensively to make the chemical beneficial for humans. In humans, flavonoids have shown multiple advantages like acting as antioxidants, antimicrobial agents, and estrogenic regulators. In this piece, we have discussed all the properties of the flavonoid, Luteolin to give you a detailed view of the same.

Luteolin itself is a chemical. So the ingredients of this flavonoid are the various structures involved in its construction. Biochemically, Luteolin can be described as:

In the plants, the flavonoid often stays in the glycosylated form. However, when humans use them, the glycoside is hydrolyzed, which results in freeing the Luteolin, thus helping in the absorption process. What makes this flavonoid unique is that it is heat stable. Since it is found in some vegetables and teas that require cooking at high temperatures, you might think the flavonoid degenerates. However, due to its ability to withstand high temperatures, the losses due to heat are not observed in the case of Luteolin.

Luteolin is consumed through various sources like fruits or vegetables, and it converts to glucuronides when the food passes down the intestinal mucosa. This conversion is required to make the absorption process more efficient.

How does it work:

There are multiple ways in which Luteolin works and hence are exploited extensively by researchers.

Luteolin, like most other flavonoids, has antioxidant properties. The Reactive Oxygen Species or ROS are a large group of reactive species with Oxygen and a short life span. When produced in large amounts, these species are often responsible for severe conditions like damage to protein, lipids, and even DNA. They are thus one of the primary causes of cardiovascular, cancer, and neurodegenerative disorder. Research conducted by various labs found that Luteolin can inhibit these damages made by ROS and hence has a direct impact in acting as an excellent antioxidant.

The various ways by which Luteolin exercises its antioxidant properties are:

Stabilization of the Mast Cells

Mast cells are one of the defense mechanisms of our bodies. They help in protecting us when there are any bacterial or parasitic attacks. Unfortunately, although they aid in immunity, they sometimes have severe side effects on individuals with allergies.

The immunoglobulin IgE is released when the body has any small amount of allergens. In this scenario, when it happens in a highly allergic person, the mast cells degenerate and release the hormone histamine. This release causes extreme sneezing, congestion, itchy eyes, and even brain fog. So how does Luteolin help in this case? Luteolin has properties that stop the degranulation of the mast cells and thus inhibit the release of the hormone.

We all have heard of the hormone estrogen. One of the primary functions of this hormone is the proliferation and differentiation of its target cells. It does so by activating the estrogen receptor, which stimulates DNA synthesis and thus cell proliferation. Now, you might wonder how Luteolin is of any help in this region, as we already have estrogen in our bodies.

Luteolin is a flavonoid, and the flavonoids are phytoestrogens that occur in nature. Thus they can bind to the estrogen receptors and hence activate their pathway. Due to this property where it can act as a replacement for estrogen even at low concentrations, they serve as a fantastic option for using it as an agent in hormone replacement therapy.

Some research on ovarian, prostate, breast, and endometrial cancer showed that one of the causes of this disease is estrogen. Since the flavonoid acts as a competitor for the hormone consuming Luteolin is a wise choice to reduce the risk of getting these health problems. In addition, due to the anti-estrogenic properties of Luteolin, it can be a great option to deal with the cancers directly associated with estrogen.

Inflammation is not a disease. Instead, it is your body’s defense mechanism when it encounters foreign particles. You might have seen some people develop bumps on their skin due to mosquito bites, but that is not everyone. However, the inflammation is chronic in some instances, leading to certain diseases like arthritis, chronic obstructive pulmonary disease, and even cancer. These diseases are not only harmful but can also be fatal.

Inflammations occur when the macrophages get activated. The activation could be due to various reasons, such as cytokines released from the host or toxins from the pathogens. For example, when the body encounters an attack from a gram-negative bacteria, the microbe’s outer membrane triggers inflammation in the body. To counteract this body releases various cytokines like interleukin, reactive Oxygen and nitrogen species, tumor necrosis factor-alpha, etc. This leads to accumulations of inflammatory cells in the body as a measure to clear the pathogen.

When these reactions become persistent, it leads to chronic inflammations and can be the cause of diseases like cancer.

Luteolin has anti-inflammatory properties. Using it, the flavonoid can suppress these cytokines’ manufacturing and interfere with their signal-inducing pathways. This not only helps in suppressing their actions but also aids in preventing long-term diseases like arthritis and cancer.

Cancer occurs when the body’s normal cells get mutated, and they keep dividing unnaturally. This unrestricted proliferation of cells is often caused when the cell cycle control is lost for any reason. As a result, the cells keep on growing and ultimately form tumors. Luteolin has properties by which it can inhibit this proliferation of cells. It does so by regulating the cell cycle by interfering with the checkpoints involved in the cycle.

Apart from unrestricted growth of cells, metastasis is another such property of cancer cells. Metastasis is the feature in which the cancer cells travel from one part of the body. This is the cause of maximum fatalities in cancer. Luteolin deals with this by:

Even though most of the properties of this flavonoid show benefits only, there are some disadvantages as well, which we are now looking into.

What effects does Luteolin have on our body?

Luteolin is a flavonoid that one can find in many fruits and vegetables. It has multiple benefits for the body. Some of the significant properties include:
Antioxidative
Antimicrobial
Anti-inflammatory
Anticancer
It also helps in maintaining healthy cardiac health. In China, people have also used Luteolin to treat hypertension and anxiety.

Is Luteolin consumption good for the brain?

According to a few studies, it has been found that when individuals were given meals with Luteolin supplements, it prevented brain microglia activity. Thus it may be inferred that the flavonoid prevents neuroinflammation and helps improve the cognitive health of the individuals.

How can I enhance my Luteolin levels?

Yes, not just fruits, vegetables, or teas; herbs contain Luteolin. You can find this in some of the most common herbs like – celery, thyme, green pepper, etc. All these are readily available in the market and are a fantastic source for boosting the Luteolin levels in the body.

From the article, you can now clearly understand how beneficial a flavonoid can be from acting as an antioxidant that helps reduce the oxidative stress of the body and enhances the immune response by serving as an anti-cancerous supplement. Although considerable studies are still being conducted on human and nonhuman models to ensure a firm foothold on the claims, the results look promising. However, you must remember every human is unique, and so are the physical requirements. So before you decide on taking any supplements to enhance the Luteolin levels in your body, it is advisable to talk to your medic and seek professional advice on the same.

Ways to Boost Your Sex Drive After 40 – You May Read!

The 5 Best Pre Workout Supplements You Should Check Out 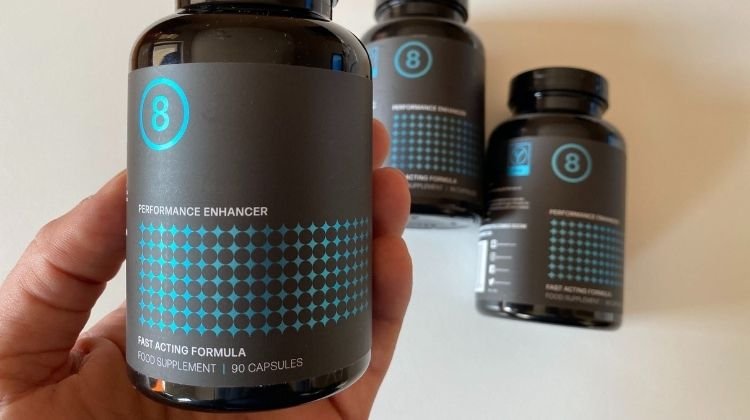 Performer 8 Review : How It Works, Ingredients, Customer Reviews and Where To Buy