Glucomannan is collected from the root of a plant called Konjac Plant which is grown in the tropical climate of Asia. The Konjac plant is also known as elephant yam and its botanical name is Amorphophallus konjac.

The bioactive phytochemical glucomannan is a glucose-mannose-polysaccharide. It is a water soluble and highly viscous-fiber which finds use in the kitchen of China and Japan. 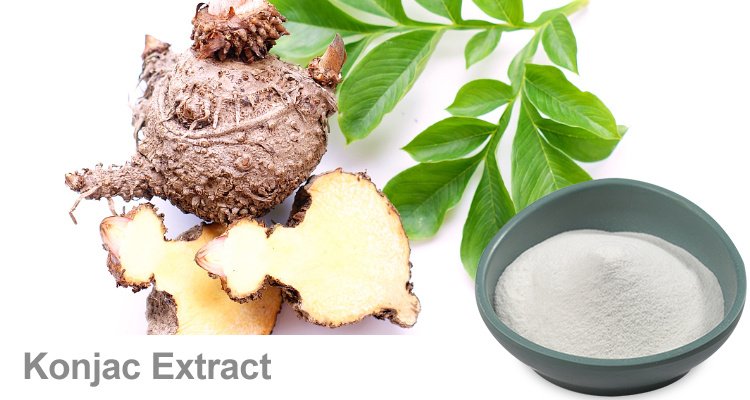 The popular belief regarding glucomannan

Glucomannan also helps in reducing the absorption of fat.

Mode of extraction of glucomannan

The root is first dried up and then pounded to powder form to make it as konjac flour. This konjac flour is a high fiber diet with minimal amount of calories. Hence it is extensively used by the Japanese and the Chinese people in their kitchen.

Glucomannan is recognized as a weight loss product as it is quite filling.

Side effects of glucomannan

Evidence has revealed that taking glucomannan in powder form or in pill form without a large amount of water and that too four periods more than 4 months is far from safe.

However this effect of glucomannan can possibly be avoided by taking any other oral medicine after one hour of taking glucomannan tablets or powder.

What should be the dose of glucomannan

But when it is used as medicine, it becomes necessary to fix some dose so that people don’t consume more than the safe limit of consumption of glucomannan. The most popular and safe dose of glucomannan, for adult humans, is 3 to 4 grams a day orally for 3 months.

But it is always advised to consult your healthcare provider or doctor who will be the best for deciding the exact dose for the user.

One positive point of glucomannan for weight loss is its high fiber content. But it does have many other weight loss properties.

But for getting the best results you must take it as additional aid in addition to other efforts such as healthy diet, exercise and a healthy lifestyle.

By taking glucomannan along with the other weight loss therapies will give the user multifaceted improvements reducing the weight faster.

Glucomannan is also the main ingredient in the most potent diet pills of the market.

In fact each activity of this combined weight loss regime works in combination or in a concerted way interacting with one another providing the participant with a sum total advantage in reducing the weight.

By controlling as well as regulating the appetite

This is the first way of starting to lose weight. From the previous discussions we now know that when coming in contact with water glucomannan interacts in some specific way.

Glucomannan expands after soaking the water. Not only that, glucomannan after mixing with water gets turned into a sticky viscous fiber.

Coming in contact with water glucomannan may expand to a weight which is several times more than its original weight. This can easily be seen if you put some glucomannan in a glass and pour water on it.

When glucomannan expands similarly in the stomach it pushes on all the sides which gives a feeling of fullness of the stomach. This is due to a signaling mechanism of our body by which the stomach walls send signals to the rain which tells you that the stomach is full.

In this way glucomannan serves the first purpose of suppressing the appetite which is a prime necessity for the overweight and obese people who are always hungry taking calories after calorie.

Glucomannan delays the absorption of sugars and carbohydrates

The question is how does glucomannan do this job? This is due to its viscous and fibrous form after absorbing water. This sticky substance holds on to the carbs and the sugar delaying their absorption.

That is why taking glucomannan before meals helps you to lower the absorption of sugar and carbs. This will prevent the occurrence of insulin spikes after taking meals.

It also strengthens the gut microbiome.