All About Gluten : Facts, Food And Allergies

Have you ever heard someone talk about foods that contain Gluten or the Gluten allergy that they have and had no idea what it meant? Well, you’re not alone. There are a lot of people who don’t know what Gluten is, including those who are allergic to it, although they might be quite close.

This guide will take you through all you need to know about Gluten, intolerance or sensitivity towards it, Celiac Disease, symptoms, some gluten-free foods you can enjoy, and some benefits of a gluten-free diet!

Gluten is found in almost every processed product in the modern market. You can find it in chips, pasta, bread, and other dishes that use any kind of grain like wheat, barley, and rye. Quite some time ago, it was almost impossible to find products without Gluten in them. However, with the specifications of the modern diet, consideration of nutrition, and more, producers are changing the way food is made.

To put it simply, a reaction of Gluten intolerance may be caused by wheat, although, the reaction of Wheat allergy may or may not be caused by Gluten! Wheat allergy can cause rashes, itchiness, digestive issues, and more. This can either be caused by food or via cosmetic products that contain traces of the compounds contained in Wheat that you may be allergic to.

You can get tested and diagnosed for Gluten Sensitivity, although your self-diagnosis will most likely be correct! It can be identified in the same way as lactose intolerance within humans. Gluten Sensitivity can cause fluctuations in weight, and in some severe cases, permanent damage to your system.

Celiac disease is one of the most critical forms of Gluten Sensitivity. On the consumption of wheat, it is possible that instead of digestion, a lining is created along the intestine that stops it from doing its job. Lack of absorption of any minerals and good vitamins in the body can cause multiple problems like an unhealthy amount of fat loss, digestion issues, fatigue, tiredness, or exhaustion. Gluten Ataxia, in terms of seriousness, is the same as Celiac Disease. The only difference between the two is that the former is more inept to have dangerous consequences on the nervous system. It is classified as a neurological disease, where the body can lose all functioning including motor skills.

Gluten isn’t necessarily bad unless you have a sensitivity to it. It is safe to consume Gluten only in the case of a wheat allergy, under the condition that the compound isn’t the one that’s causing the problems. Gluten Allergy might not be the appropriate term for Gluten Intolerance. What you must be facing is either Wheat Allergy caused by Gluten, Gluten Sensitivity, Celiac Disease, or Gluten Ataxia. Although closely related to a common cause, you may want to rely on expert opinion as the seriousness and the cure of these cases vary with diagnosis.

Gluten Sensitivity and Celiac Disease vary in intensity but have a lot of common symptoms. Celiac Disease can be quite dangerous if not diagnosed in time or treated properly. Let’s take a look at the symptoms of both these issues that arise out of gluten and differentiate these according to intensity-

You may feel some cramps, pain, and abdominal discomfort. This could be caused by constipation, diarrhea, and more. You may also feel gaseous or feel that your stomach is very tight. Apart from all these symptoms, feeling pukish or wanting to throw up, bad-smelling tools in children, and more can be caused.

Headaches are a common symptom of Gluten Sensitivity, however, you may experience severe headaches in the form of migraines if you have Celiac Disease. Apart from this, you may feel a significant decrease in your brain power, heightened symptoms of anxiety and depression, nervousness, numbness due to issues with neural connectivity, and inability to focus or constant dizziness some other symptoms. You may want to remember that the symptoms of these two issues go hand in hand with each other.

With bad digestive and mental health comes an array of diseases if your Gluten sensitivity or Celiac Disease goes untreated. It can cause Anemia, multiple skin diseases, and rashes like Eczema and Psoriasis, Osteoporosis or Osteomalacia, Hyposplenism, and Dermatitis Herpetiformis. It is important to note that all of these issues may come with Celiac Disease, a worse and more intense form of Gluten Intolerance when compared with Gluten Sensitivity.

Gluten Ataxia isn’t the same as Celiac Disease or even Gluten Sensitivity. It lies somewhere between the spectrum of these two.

Any sort of discomfort arising from Gluten is a good excuse to go to the doctor before things get worse. Gluten Intolerance of any kind can have serious consequences on growing children and their health. It is important to get a reliable diagnosis in growing children for all kinds of allergies, especially Gluten, as it can even delay puberty or the onset of adolescence in severe cases.

Is Gluten Good or Bad?

It is easy to reach a conclusion that Gluten is bad for your health with the dangerous symptoms associated with intolerance or insensitivity to it. But that’s far from the truth! Let’s take a look at some of the major benefits that you may derive from Gluten if you’re not sensitive to its consumption.

Some major gluten-free foods are great in taste and for health. But since individuals who have varying intensities of Gluten Sensitivity have no other option, it’s important to understand the consequences of excessive consumption of gluten-free foods. Increased concentration of toxic metals in the body such as mercury can lead to some serious effects on your health. Too much mercury or other elements in your body can give you headaches, body pains, shivers, jitters, trouble sleeping, and organ damage.

If you follow a gluten-free diet, chances are you may be consuming unhealthy amounts of red meat and other heavy foods to fill your stomach and curb your hunger. This can have adverse effects on your health. Foods that contain Gluten can also help reduce your calorie intake while maintaining a full stomach, which means that your heart stays healthier with a more balanced diet.

You may find an increase in saturated fats, cholesterol, fat, and a lot more with an increased intake of lean and fatty gluten-free foods. You may want to either decrease your consumption of those, which will leave you a bit hungry, or include Gluten back into your diet if you’re not sensitive or intolerant. A reduction in cholesterol can facilitate a healthy heart and body. Similarly, you may want to reduce the consumption of other gluten-free products that are full of different types of salts and sugars.

Food products that contain Gluten can be very filling. Some of these products are pasta, cakes, bread, buns, and more. These products are great accompaniments with protein, iron, and more, despite being sources of it themselves in the form of grains! The lack of nutrients that you get from a gluten-free diet can essentially leave you very hungry. In conclusion, Gluten is not void of benefits. You may derive quite a lot from the compound as long as you medically ensure that you don’t have any sort of insensitivity or intolerance towards it!

Foods : With Gluten, Without Gluten:

As you’re already aware, almost all foods contain Gluten, whether processed or not. However, the list of those that contain it and actually don’t is quite interesting. Let’s have a look!

For the easiest and most appropriate gluten digestion, ensure that you consume fresh foods only. Your gluten consumption shouldn’t exceed a certain amount, which can be safely recommended by your doctor according to your daily dietary requirements.

Should I go gluten-free even if I am not allergic or sensitive to it?

Simply put, gluten is protein. You shouldn’t skip it from your diet unless you’re allergic or sensitive to it. Gluten is good for your heart, cholesterol balance, and weight loss, and has many other advantages. A gluten-free diet can deprive you of certain nutrients that are essential to your body. Some of these nutrients are- protein, iron, magnesium, and all types of vitamins.

What is gluten and how is it made?

You can’t possibly consume gluten in its raw form found in grains and other products. Here’s why-
Firstly, to consume any product that contains gluten, you may want to cook it.
Secondly, cooking any kind of product requires water, which is responsible for activating gluten!
Gluten is a form of protein that gets activated through water by the
combination of glutenin and gliadin.

Why are a lot of people opting for a gluten-free diet?

A very peculiar fact about gluten indigestion, intolerance, or sensitivity is that it usually goes undiagnosed in a lot of people. Even with a diagnosis, you may get an incorrect one and have severe symptoms. Gluten intolerance can be quite tricky to get a hold of. Here’s why a lot of people are opting for a diet free of gluten-
Undiagnosed gluten intolerance, sensitivity, Celiac disease, or even more that is causing a digestive disturbance and other symptoms.
Trends that lack scientific or clinical backing that can generate some paranoia amongst people.
Processed foods that mostly contain gluten, that end up causing erratic symptoms.
To sum it up, Gluten is a form of protein that can make up for quite a healthy diet if you’re not allergic or sensitive to it. The food world is really your oyster if you don’t have an intolerance. However, if you do, you still have an array of foods to choose from!

Things Anybody Can Learn From a Bodybuilder: Transform Into a Gym Junkie 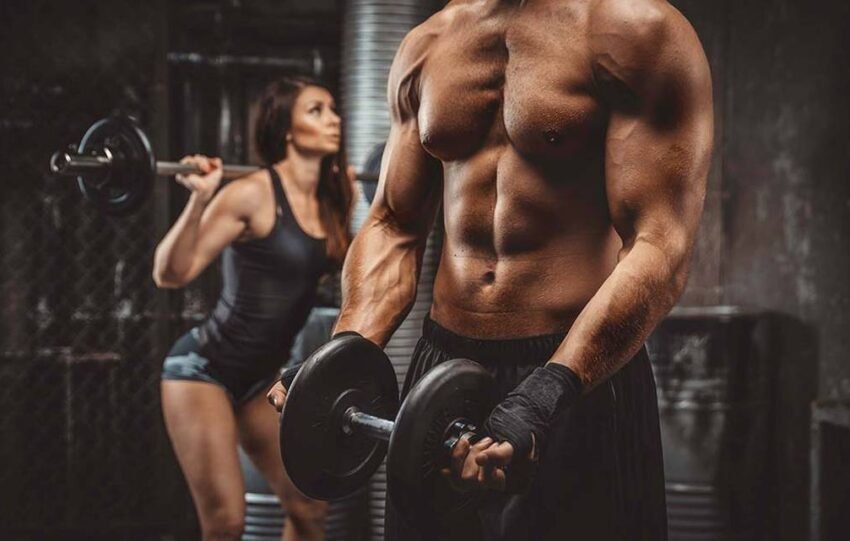