MSM (methyl sulfonyl methane) is also known as dimethyl sulfone, DMSO2, methyl sulfone, as well as a variety of other names. MSM is an organic sulfur found in fruits, vegetables, cereals, milk, as well as animal urine. It is a byproduct of the oxidation of dimethyl sulfoxide (DMSO) and a sulfur resource for the amino acids methionine and cysteine. MSM is a white, odorless, crystalline substance that is water soluble and contains 34% elemental sulfur.

Methyl sulfonyl methane provide sulfur for the production of other compounds in the body. However, there is no RDA for MSM or sulfur, and sulfur insufficiency is not a recognized disease.

Methyl sulfonyl methane is often used to treat osteoarthritis. It is also used to treat pain, edema, aged skin, hay fever, and a variety of other ailments. However, there is no strong scientific proof to back up the majority of this usage. MSM should not be confused with DMSO (Dimethyl sulfoxide). They aren’t the same substance.

MSM is declared safe by the Food and Drug Administration (FDA) at doses of less than 4,000 milligrams (mg) per kilogram (kg) per day and in protein bars at the level that increases to 30,000 mg/kg. MSM pills come in capsule or powder form.

Taking more MSM than recommended does not appear to improve outcomes. In the 2018 allergy trial, participants who took 12 g of MSM saw less allergy treatment than those who took 3 g.

People can also apply MSM-containing lotion to their skin. They should search for a product that states how much MSM is in it and how frequently it should be applied. Before using MSM cream, those who are already consuming prescription treatments for rosacea or other skin disorders should consult their physician.

Methyl sulfonyl methane is a byproduct of the regular oxidation of dimethyl sulfoxide (DMSO). MSM, unlike DMSO, has no odor and is a dietary component. MSM has been dubbed “crystalline DMSO.” Bertken 1983 MSM is a dietary sulfur source for methionine. Richmond 1986 MSM is thought to have therapeutic characteristics comparable to DMSO but without odor and skin irritation issues.

Many of the advantages of Methyl sulfonyl methane can be attributed to its anti-inflammatory properties. Inflammation has a role in a variety of health disorders, including arthritis, allergies, and asthma. MSM may well be able to decrease or eliminate some symptoms by lowering inflammation.

According to study findings, MSM may be effective in treating a variety of medical ailments. The aforementioned are some of the most well-documented applications of MSM in medical research.

Osteoarthritis is a degeneration of the cartilage in one or more joints that affects around 32.5 million individuals in the United States. Knees, hips, lower back, hands, and especially fingers are frequently affected. It can cause discomfort, stiffness, and edema.

A survey of 100 individuals was conducted.

Another double-blind trial included 100 adults with hip or knee osteoarthritis. They took MSM pills and reported less pain and improved performance in everyday activities than those who received a placebo. For 26 weeks, the MSM dose was 6 grams.

While MSM is widely used as a natural arthritis therapy, it may not be suitable for everyone. According to the Arthritis Foundation, there is presently no significant, well-controlled research on MSM. A 2018 meta-analysis discovered that MSM may relieve osteoarthritis symptoms in the short term, but its therapeutic significance remained unclear.

Exercise is essential for optimum health. The energy needs of exercise, on the other hand, might create oxidative stress in muscles and tissues. This may cause momentary pain and discomfort following an exercise.

Methyl sulfonyl methane pills may aid in the reduction of post-workout soreness and tissue stress. Some minor studies show that it may be beneficial in this regard, including:

An investigation of Trusted Source of 16 untrained healthy guys, indicated that taking an MSM supplement helps lower oxidative stress indicators after exercise. It also enhanced their blood’s overall antioxidant capacity. yet another study 22 healthy adults were given 3 g of MSM or a placebo every day for three weeks before running a half marathon. It was shown that individuals who took MSM had less muscle soreness and joint discomfort than those who took a placebo.

A study of 24 exercise-trained guys discovered that consuming 3 g of MSM daily for 14 days resulted in reduced pain and discomfort following exercise than taking a placebo.

It is worth noting that none of the research included a substantial number of participants.

Nasal allergies, also known as allergic rhinitis, are indeed an immune system reaction to something otherwise innocuous. When a person is exposed to an allergen, including pollen, dust, animal dander, or mold, nasal allergies can induce sneezing, itching, watery eyes, as well as coughing.

In double-blind research, participants who took a daily dosage of 3 g of MSM saw a 50% reduction in allergy symptoms.

MSM can also be used topically by putting it on the skin. Some people feel that when used as a cream, MSM’s anti-inflammatory properties can aid with particular skin disorders.

According to a trusted source on rosacea from 2008, persons with the ailment saw an improvement in their symptoms after using MSM lotion. The cream also included silymarin, often known as milk thistle. However, no bigger or more current research has added to these findings, therefore there is insufficient data to support MSM’s influence in this area.

Despite the absence of scientific evidence, MSM is a naturally occurring substance of sulfur that may be good for the skin. Sulfur creams as well as washes have long been suggested by dermatologists to treat skin disorders such as rosacea and acne. Topical sulfur is naturally antimicrobial and anti-inflammatory.

There is one case report of a patient who was treated unsuccessfully with a range of topical treatments for unrelieved ichthyosis. Fleck 2006 After 4 weeks of therapy with olivamine, an over-the-counter skin care product that mixes amino acids, minerals, antioxidants, MSM, and water-resistant silicones alongside surfactant-free phospholipid detergents, the patient was entirely free of thicker scales and itching.

A 10-day course of MSM was also tested in 13 horses having chronic obstructive pulmonary disease, and therefore no changes in variables such as lung sounds, respiration rate, heart rate, warmth, nasal discharge, or arterial blood gas were seen.

1992 Traub-Dargatz However, when administered daily for 6 weeks before and during competition, MSM had some protective benefits on the oxidative and inflammatory exercise-induced damage in 24 jumping horses.

There is a lack of evidence to rate the effectiveness of…

Pregnancy as well as breastfeeding: There is insufficient trustworthy information on the safety of using MSM while pregnant or nursing. Varicose veins and related circulation issues (chronic venous insufficiency): Applying MSM-containing lotion to the lower limbs might exacerbate swelling and discomfort in patients with varicose veins as well as other circulation issues.

For exercise-induced muscle injury, 50 mg/kg MSM in 200 mL of water taken once a day for 10 days has been employed.

MSM does not include sulfur. It is, nevertheless, an organic molecule containing sulfur. This is the same sulfur found in the body, as well as vegetables, fruits, cereals, and meats.

As a result, MSM is sometimes referred to as dimethyl sulfone as well as methyl sulfone. MSM can be obtained naturally from food, but it can also be produced synthetically by mixing dimethylsulfoxide with hydrogen peroxide.

What other names (brands) are there for MSM?

What are the risks of taking MSM supplements?

What MSM supplement doses are available? What should I do with them?

Adult doses typically vary from 500 to 8,000 mg. MSM pills can be taken regularly, either before or after meals.

What methylsulfonylmethane (MSM) formulations are available?

Methylsulfonylmethane is available in tablet and powder form and is found in a variety of herbal preparations.

How should I store methylsulfonylmethane (MSM)?

Methylsulfonylmethane should be kept at room temperature, between 20 and 25 degrees Celsius (68 F to 77 F).

Thus several modest studies suggest that MSM may be beneficial in the treatment of a variety of medical disorders. When used at standard quantities of roughly 3 g per day, it is usually safe. For individuals searching for a natural solution for arthritic pain, post-exercise soreness, seasonal allergies, or rosacea, MSM may be worth a go.

Before using MSM, pregnant or nursing women, children, and anyone with health issues should see a doctor. It might not be safe or appropriate for these persons. 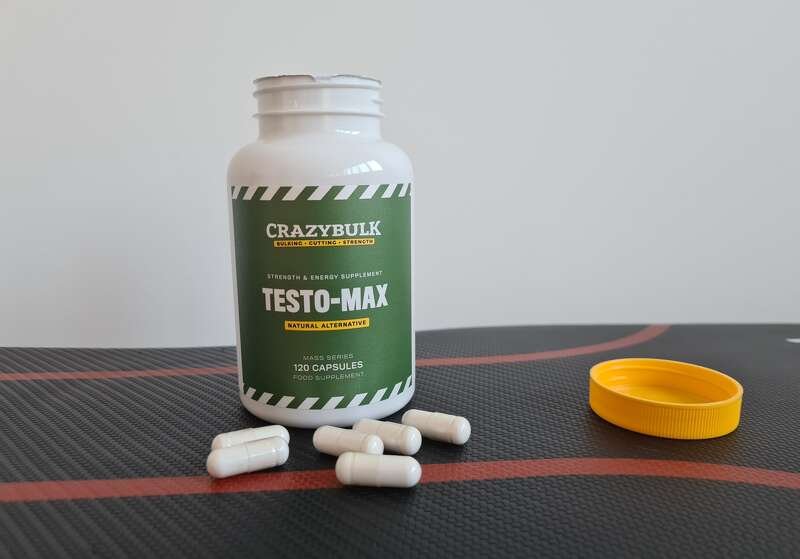 Testo-Max Review: What is Testo max, Ingredients, Pros & Cons, side effects, science behind 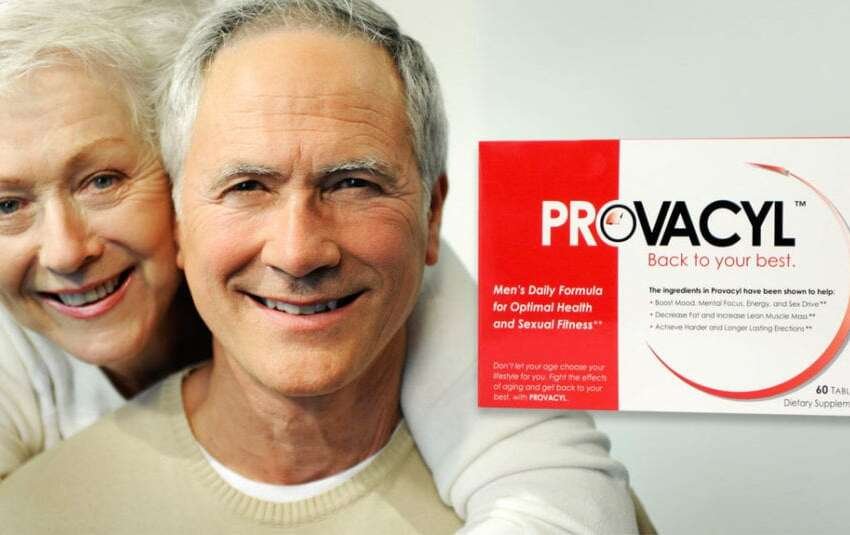