All You Need To Know About Vitamin K1

Vitamins are organic compounds that are essential to humans and required in small amounts. Vitamins are of prime importance to the human body as they are an important component of growth and development. Talking of the vitamins today, we are here with information about vitamin K1.

What is vitamin K1 called? What is the relation between blood coagulation and vitamin K1? Can K1 be harmful too? How much vitamin K1 can one consume? What are the natural sources for it? Any more questions about vitamin K1? Keep reading, and you will get the answers to your questions in this article.

About vitamin K1: Pros And Cons

Vitamin K, in general, prevents the low level of blood clotting factors and is effective in preventing excessive bleeding. It effectively thickens the blood and thereby stops bleeding post-injury. Vitamin K helps in the formation of four out of thirteen proteins required for blood clotting. Vitamin K occurs as two vitamers, namely vitamin K1, and vitamin K2. Vitamin K1 is also known as phylloquinone, and vitamin K2 is referred to as menaquinone.

Vitamin K1 is the chief form of vitamin K present in the diet. It makes up about 75% to 90% of all vitamin K consumption by an individual. It is found in large amounts in green leafy vegetables such as spinach, cauliflower, cabbage, etc. Vitamin K1 can also be obtained from fruits like avocados, grapes, and kiwis. The supplements are also available in the market. Yet, vitamin K1 deficiency is rare in adults and common in newborns. Thus newborns are necessarily injected with a 1 mg dose of vitamin K1 immediately after birth, and adults are suggested not to consume large amounts or unprescribed supplements for the vitamin.

Vitamin K1 enables the production of proteins responsible for blood coagulation thus, prevents excessive bleeding in case of injury. It also is responsible for calcium deposition thus making bones stronger and denser. This leads to a reduced risk of fractures and reduced joint pains. Vitamin K1 also prevents mineralization. Mineralization is a condition that is sure to occur with an increase in age. The presence of an adequate amount of vitamin K1 prevents mineralization and thus effectively checks the chances of heart disease.

Vitamin K1 plays an important function in the human body, however, its excess can be dangerous.

Individuals on the prescription of blood thinners must avoid the intake of vitamin K1. This is so because blood thinners are prescribed to those prone to blood clotting and consumption of an excessive amount of vitamin K through supplements can cause serious health issues to them.

Although this does not indicate complete avoidance of the vitamin. But its consumption must be checked and it must be consumed in a controlled amount. A doctor’s prescription for the consumption of vitamin K1 supplements here becomes necessary.

Use Of Vitamin K1 in the human body:

Vitamin K1 is essential to the human body as it performs certain necessary functions. It is mainly present n the liver, pancreas, and heart. It is responsible for the thickening of blood through an increase in blood coagulation factors. Vitamin K1 is also essential to prevent excessive bleeding, thereby controlling blood loss. It is also important to counteract the over dosage of blood thinners like Coumadin. The total vitamin K intake for an adult must be equal to 1 microgram per day for each kilogram of their body weight.

Many drugs like aspirin, antacids, blood thinners, antibiotics, and drugs for seizure, cancer, and cholesterol, can interfere with the effects of vitamin K. In such a condition, vitamin K supplements can be prescribed. It is always suggested that supplements for vitamin K are not taken without a prescription from a doctor.

Vitamin K1 is present mainly in plant chlorophylls. It is found in the highest amount of green leafy vegetables like cabbage, cauliflower, spinach, etc. It is also found in fruits like kiwi, avocados, grapes, etc, and is also present in vegetable oils.

Doctors suggest that a balanced diet with a variety of vegetables and fruits present in it is enough to fulfill the body’s vitamin K requirement. It is thus suggested that supplements for vitamin K are not consumed without a doctor’s recommendation. Vitamin K1 can also interact with other medications thereby affecting their effectiveness. Any serious allergic reaction due to vitamin K1 is rare. Also, as vitamin K1 passes to breast milk, thus in case of pregnancy the supplements must be consumed only if necessary and recommended. Overdose of vitamin K can, yet, cause serious symptoms, and thus recommendation is essential before consumption.

What are the benefits of vitamin K1 to the human body?

Vitamin K1 is fat soluble, and this property plays an important role as dietary fat is necessary for its absorption. Therefore eating vegetables rich in vitamin K1 along with fats ensures its better absorption.

There are several benefits of vitamin K1 to the human body that can be listed. Some of them are as follows:

Takes care of the bone health

Plays a role in heart health

Apart from thickening the blood and improving blood coagulation in case of an injury, vitamin K1 is also helpful in reducing the chances of stroke, and in reducing blood pressure. Vitamin K1 prevents mineralization thereby keeping blood pressure levels on the lower side. This eventually helps the human heart to freely pump blood through the body. Mineralization cannot be completely knocked out as it occurs naturally with age and is also a major risk factor for heart disease. So, your body must get the proper amount of vitamin K1.

Who is more prone to vitamin K1 deficiency?

Researchers believe that vitamin K1 deficiency is rarely observed in adults. This is so because a person’s general diet is filled with the required amount of vitamin K1.

1. What are the symptoms of vitamin K1 deficiency in adults?

2. Can vitamin K1 cause blood clots?

In case you are a heart patient taking blood thinners like Coumadin, you must check not to take an overdose of vitamin K1, as blood thinners are prescribed to people prone to blood clot formation. Doctors say that an abrupt increase in the intake of vitamin K1 can cause serious consequences and lead to blood clots as vitamin K1 is an essential part of the process of blood clot formation.
But, this does not mean that you need to completely cut down on the consumption of vitamin K1. Instead, you need to be consistent and find a perfect balance, with the help of your doctor.

Although there are several types of vitamin K, K1 and K2 are most commonly found in the human diet. K1 is found largely in leafy vegetables and, K2 is found in fermented foods and animal products. Vitamin K1 accounts for 75 to 90% of the total vitamin K intake by an individual.
Studies reveal that only 10% of K1 present in plants is absorbed. But, K2 is better absorbed than K1.
Also, K2 has a long side chain which allows it to circulate in the blood longer than K1.
Several studies reveal that vitamin K2 is better at reducing calcium deposits and lowering the risk of heart disease than K1.
Research so far state that K2 may be better than K1, but more detailed studies are required to confirm these findings.

4. What are the symptoms of the presence of excess vitamin K1?

Vitamins may be essential for growth and development, but their excess can be equally harmful as well. The presence of vitamin K in excess can cause the following symptoms:
decreased appetite
difficulty in breathing
general body swelling
muscle stiffness
yellow eyes or skin
dizziness
tightness in the chest
In case of the severity of any of the symptoms, one must visit a doctor.

5. Under what conditions should one not consume vitamin K?

Due to vitamin K’s potential to interact with other medications and the probability of its toxicity, it is suggested that supplements should be taken only on a doctor’s recommendation. One must make it a point to not consume unless their physician or doctor has especially asked them to take it.
Under conditions wherein you are taking medications such as antibiotics, Coumadin ( a blood thinner), and medication for lowering cholesterol then you should only consume supplements for vitamin K only if highly essential.
Along with it, pregnant women should take it only if essential, as it passes on to breast milk. Although it is not necessarily harmful to the infant but can cause a problem.

6. What are the sources of vitamin K1?

Despite its essentiality, it is recommended to take its supplements only when highly necessary and are prescribed by a doctor. Never take the supplements without having the opinion of a physician first. Nutritionists believe that a good diet is capable of providing the appropriate amount of vitamin K to the human body. Apart from its beneficiary side, it can also be harmful to consume an excess of it and also, under specific conditions. An infant is at high risk of deficiency of vitamin K for the first 24 hours, and thus, every infant is injected with 1 mg of vitamin K just after birth.

L-Arginine : The Potential Benefits, Dosage, Side Effects And More How to Build Your Muscle Fast And Know Your Body Type! 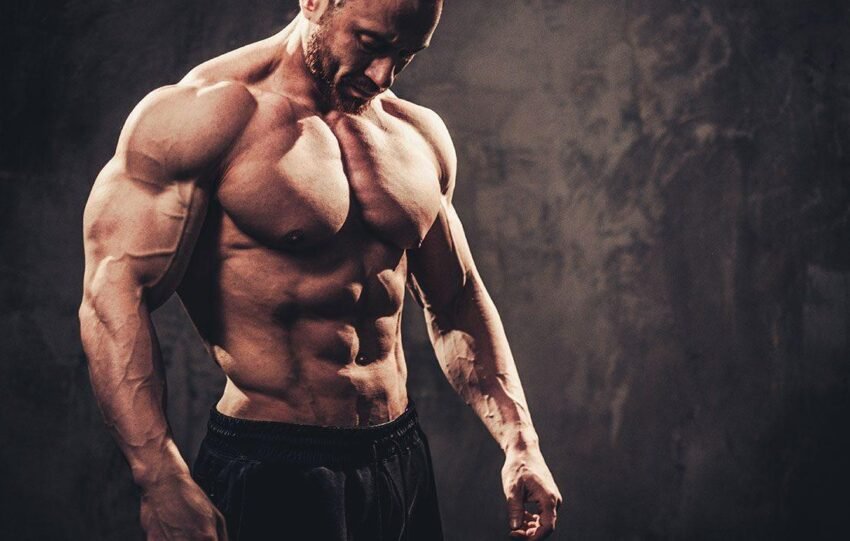